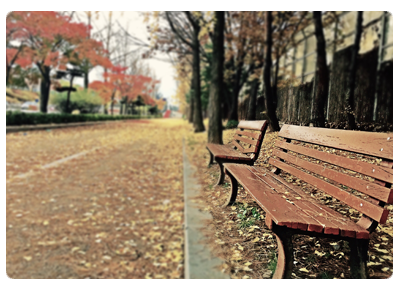 There were a few things in my life that piled up, causing me to take a small unintentional break from Potentiator. Labor Day weekend is usually a very busy time in my life, requiring a couple weeks of rest and preparation leading up to it. I was also plagued by bad sleep thanks to a back-killing mattress, multiplying the exhaustion I normally feel around that weekend.

But before that, I was really affected by the events in Charlotesville in early August. It caused me to do some reflection about how I should be spending my time, wondering if this whole website was a self-centered vanity project distracting me from participating in social and political engagement that might make more of a difference. I’ll probably write a blog post with my processing and experience around that train of thought, but to keep it short, I have not given up on my dream of writing my stories and getting this site off the ground.

So I’m back! For the most part, and for a while anyways.

I’ll be starting a new Book Club this week, with Pierce Brown’s dystopian sci-fi thriller, Red Rising. I’ve had this recommended to me by several different people, and it seems like a decent adventure with themes of oppression and revolution that are really striking a chord in our society at the moment. I don’t know anything about it beyond that, so I’ll really be going in fresh.

I contemplated jumping straight into the next Stormlight Archive book, Words of Radiance, but decided to do something shorter so that I’ll have time to prepare for and participate in…

I’ve been on the fence about participating in NaNoWriMo this year, and was leaning towards not doing it so that I could concentrate on making content for this site. But as November gets closer and the weather starts changing, I was reminded about how fulfilling and fun the experience was last year. Plus I’ve really been feeling the urge to start the first draft of my next book. I’ve got two book ideas fully developed and researched, so I think I’m ready to move on to the next phase.

I’ll be working on a sci-fi story that I’m calling Project Regulus right now (real title coming later). It’s a thriller about Earth’s first contact with a galactic community and a mysterious virus that hijacks the host’s sense of identity. It will be a challenge to write, but I’m excited to finally get the story down on paper. This will be the first book that I will actually prepare to release publicly (either self-publishing or otherwise).

The story will take more than the 50,000 words accomplished during NaNoWriMo to tell, so I’ll probably try to start the event with a good portion already started and use the momentum of NaNoWriMo to finish it.

NaNoWriMo will probably make it difficult to maintain any sort of regular posting, but I’ll try to keep some content flowing while I’m writing. But once it’s done, I’ll be excited to jump back into things.

After the flurry of NaNoWriMo is over, I’ll look to continue the Book Clubs with the next Stormlight Archive installment. The third will also be released by then, so I may just continue on with both. If Red Rising is especially compelling, I may throw those in the mix too. Besides book clubs, I want to ramp up the reviews and find a consistent voice and theme for how I analyze stories. I’ve got a few non-fiction books on my winter reading list as well, so I’ll have some reflections and essays spurred from that.

Another thing I’d love to try is a video game installment series similar to the Book Clubs, though I’m not quite sure how that will work out. I know that I want to include video games on Potentiator somehow, since I find storytelling through gameplay extremely compelling. I might tackle some narrative-heavy games first, like some of the Final Fantasy series, but I’m not sure yet. The idea is still in incubation; I just know that I want to do something in this area.

Winter seems like a great time to tackle these projects, since a warm cup of coffee and a glowing computer screen always call to me when the weather gets frigid and the days get shorter. It feels good to have a structured outlet to focus on in the coming months. Thanks to anyone who might be joining me on this journey.