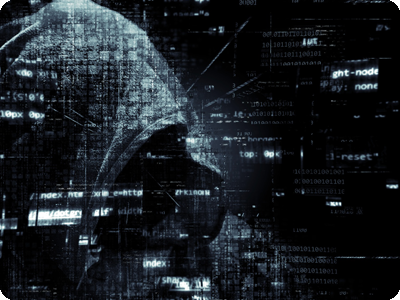 The technology spread faster than anyone could have predicted. It took smart phones nearly 10 years to become a mainstay in the pocket of virtually every citizen of a developed nation. It took the mindnet only five years before almost everyone had a chip.

Twenty years after it was introduced, it became common for children to receive their implants as toddlers so their brain development included the new inputs and outputs required to connect to the Intermind. The first generation of born-and-bred Intermind users are now reaching adulthood, and they’re poised to change the world.

Sara was part of the first class to graduate from intensive training into the Intermind Enforcement Agency. She learned how to control her mind with pristine precision and to process more input from the Intermind than the average person. Her partner, Kurt, was a veteran agent from the FBI who volunteered to help start the new agency, wasn’t nearly as proficient with this incredible technology. What he lacked in Intermind expertise he made up for in investigative know-how.

She was on a case chasing a group of anarchist techno-terrorists through the depths of the Intermind with her partner Kurt. He was a veteran FBI agent specializing in neutralizing terrorist cells, but since he wasn’t introduced to the Intermind until he was an adult, he just wasn’t proficient at accessing the mental states necessary to navigate the Intermind. That’s why he had to link with Sara.

Secluded in a dark room, outside sensory input minimized, they sat back to back, syncing their breathing as Sara turned her awareness inward. In order to reach a place on the Intermind, she had to hold a state of mind, an intention, a certain “vibration” before that aspect of the Intermind could be explored. This required her to conjure the type of mindset a terrorist might have while holding on to her “government agent” mindset. This is what she was trained for. When Kurt allowed his mind to be linked with, she could lead him to places he couldn’t otherwise go.

After hours of honing her mindset and being flung around the Intermind without any success, they felt the virtual floor drop out beneath them as they slid down into a new and dark Intermind aspect. They were close. She could feel it. As they descended, she saw a group of entities drawing near. Humans usually looked (mostly) human within the Intermind, unless they concentrated on projecting another image. These were not human. She couldn’t count the appendages, but they jutted up and turned down at a sharp angle. She could not make out any other features on the all-black entities. Sara and Kurt were sliding fast, and would soon be right next to them.

“We’re too deep,” Sara whispered to herself. Her breath escaped her as they stopped abruptly just feet from the blackened entities. Without hesitation they all turned towards her and their arms shot up above their heads. Sara backed away as Kurt moved in front of her. It was foolish. In the real world, he might be able to protect her, but here he had little power.

“Get us out of here!” Kurt’s Intermind projection grew as he shouted. Sara stammered trying to find her bearing. Her mind was caught in the cycle used to deliver them to this dark place. After a moment crystallized to silence, sound came from the entities.

“Do not look for us. Do not chase. Do not attempt to stop us. There will be nothing but pain.” The entities suddenly dissolved and melded together, quickly shrinking to the size of a human eyeball. They sat suspended in the air in front of Kurt and Sara.

“Kurt…” Sara was finally getting her grounding. He turned to look at her, his face softened now that the monsters were gone. But as he turned back towards the hovering black ball, it shot straight toward his face.

He let out a chilling shriek rang out as it slowly disappeared into his eyeball. “Kurt!”

Sara closed her eyes and breathed deep. Everything around her disappeared as she concentrated on letting go of the thoughts that kept them here within this dark Intermind aspect. Trained to maintain such thoughts unconsciously, she had to completely silence her mind in order to access the thought cycle and put a halt to it. A few more deep breaths and she felt her body being pulled upwards, faster and faster. She looked down and saw Kurt, now completely limp, trailing behind her. Their link was still active.

Her awareness arrived back in her real body gasping for breath, shivering and scared. She jumped up and ran around to Kurt. “Kurt! Say something! Are you okay?”

He was murmuring under his breath. Sara put her hand to his face. His head snapped up, eyes bulging, glaring at Sara.

“Do not chase us. Do not attempt to stop us.”

“There will be nothing but pain.”

“KURT!” She fell to her knees, tears forming in her eyes. Suddenly Kurt’s arms shot out wide and he stood straight up, standing on his toes. Screams of agony filled the darkened room. Sara fell back, scrambling into the corner.

In between howls of pain, he screamed “DO NOT LOOK FOR US! DO NOT CHASE US!”

She stumbled as she got up and rushed out of the room, racing down the corridor to find the director.

Kurt died later that night, no amount of sedatives or medicine could sooth his writhing agony. He continued to repeat the message, over and over.

“You will find…nothing but pain…and suffering.”

Sara was debriefed over and over. Every government agency, known and unknown, wanted to know about the first virus contracted by a human within the Intermind. Their questions were cold and pointed. Sara quickly realized that they were less interested in the agent they lost and more interested in this new potential. Potential to utilize this technology, to weaponize it and use it against other humans.

The director gave her a week’s leave. She didn’t come back.